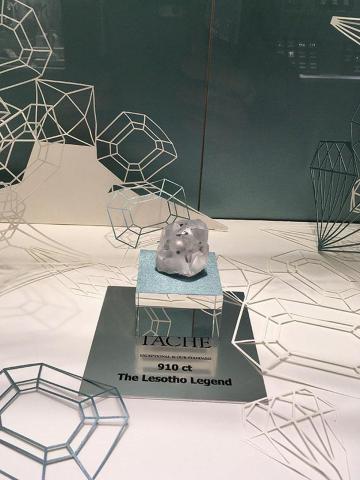 Carol Besler, CONTRIBUTOR
Opinions expressed by Forbes Contributors are their own.

A rough diamond worth $40-million was on display at Baselworld last week by Taché, one of Antwerp’s largest diamond companies. The 910-carat D-color type IIa (very high clarity) diamond, called the Lesotho Legend, was recovered from the Letseng mine in Lesotho, Africa, and  acquired by Taché for $40-million at a tender in Antwerp. 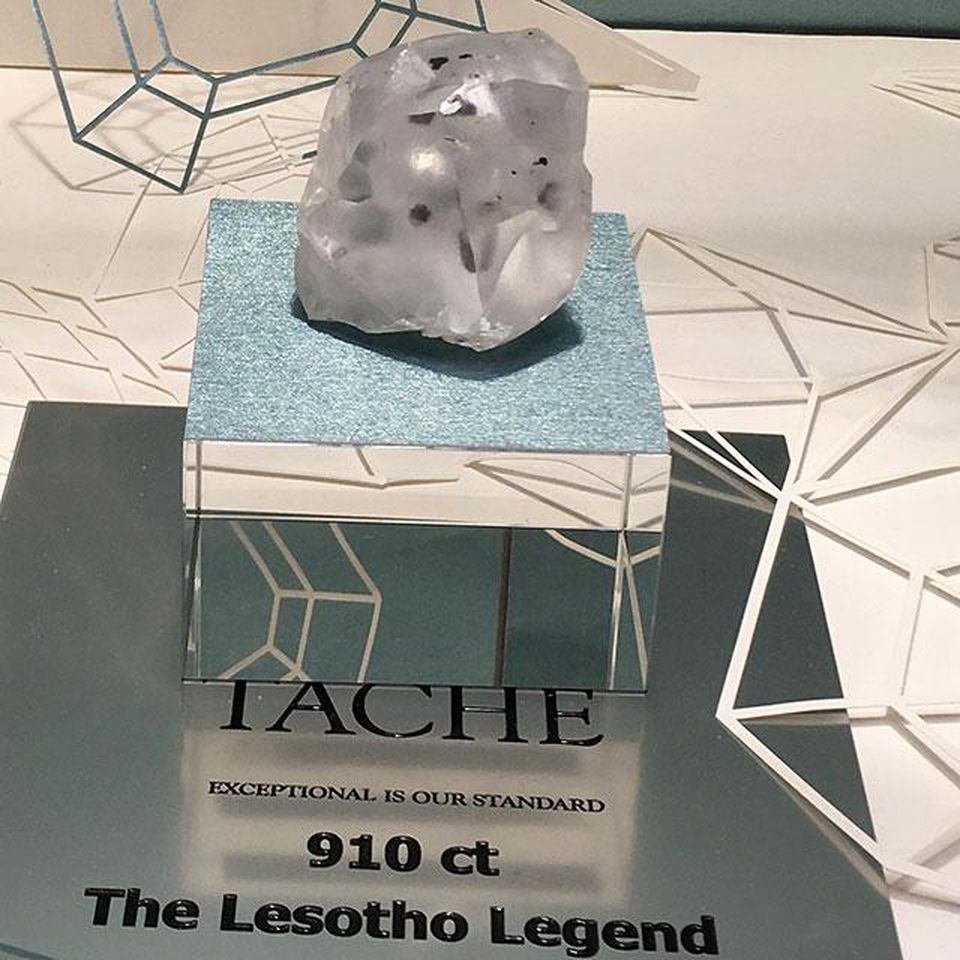 As it is now, the Lesotho Legend doesn’t look like much; just a chunk of waxy ice roughly the size of a tennis ball, with black spots in the middle. But like an ugly duckling poised to become a beautiful swan – or series of swans – this $40-million piece of rough could yield several polished diamonds for a total retail value that could more than double that price. The Letseng mine is known for its large, white diamonds. In 2006, it sold the 603-carat Lesotho Promise, for $12.4-million, which was cut into 26 flawless, smaller diamonds, some of which were made into a necklace valued at $60-million. Since 2006, the mine has produced more than 60 gems of at least 100 carats. According to the Times of India, it recently sold a 357-carat rough diamond for $19.3-million. Taché president Robert Taché says he is not likely to cut a large single diamond but several medium-sized gems. However, he says it is still too early to determine how the diamond will be cut. The first step will to be polish windows at key points on the surface to get a clearer look inside. Following the Baselworld show, the Lesotho Legend was set to be shipped to GIA (Gemological Institute of America) in Carlsbad, California, for further assessment.

The Lesotho Legend is the fifth-largest gem-quality diamond ever recovered. The largest was the 3,106-carat Cullinan Diamond (about the size of a bowling ball), which yielded nine major polished diamonds, including the 530-carat Cullinan 1, the largest clear cut diamond in the world. The gems cut from the Cullinan are either in the Crown Jewels or privately owned by Queen Elizabeth II.

Carol Besler has written about watches and jewelry for nearly 30 years. She has been published in Watch Journal, Watch Time, Robb Report, Nuvo, Hollywood Reporter and Rapaport.